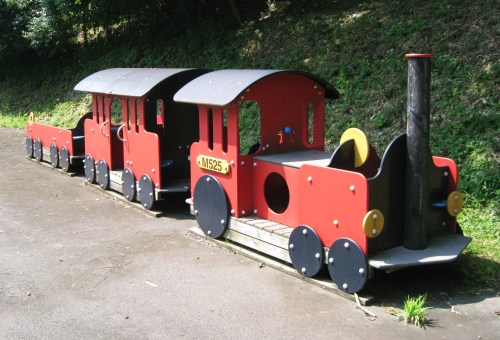 “Cover Songs” seem to be popular with a lot of people.

Why doesn’t anyone start combining 2 popular songs into one song?

– Stairway in the U.S.A.
– Sitting in the wind
– Breakfast on the Beach
– Darkside to Heaven
– Smoke by the Dashboard Light
– Sweet Home on the Water
– Blowin’ in America
– Paradise on the Dock of the Bay
– Born of the Moon
– Sex à la Bama

Technically they should be twice as popular as the originals.

I could be wrong; I usually am.

It was so windy today that the wind blew the sun clear across the sky!

Tagged Blowin' in the Wind, Born in the U.S.A., Breakfast in America, cover songs, Darkside of the moon, humor, humour, Lynyrd Skynyrd, music, Paradise by the Dashboard light, Sex on the Beach, Sitting on the dock of the bay, Smoke on the Water, Stairway to Heaven, Sweet Home Alabama, Sweet Home à la Bama

I have written this sentence only using words that appear in the dictionary.

It is not as hard as you think.

note: I may do a post using only words that appear in songs one day … or maybe movies.

double note: “I have designed my style pantomimes as white ink drawings on black backgrounds, so that man’s destiny appears as a thread lost in an endless labyrinth. I have tried to shed some gleams of light on the shadow of man startled by his anguish.”
Marcel Marceau

triple note: I would never make fun of Harpo Marx.

quadruple note: childbirth must not be in the dictionary: too many contractions.

Today started out rough, but became smooth. It must have been the “sandpaper of time” at work.

note: When a pregnant woman tells me her due date … I do the math and figure out when her did date was.
… I hope other guys do that too.

double note: Spring is 9 months away from the first day of summer … or only a day away …  if you are into nostalgia.

triple note: “Danny Says” by The Ramones and Tom Waits! How cool is that? … pretty cool.
I couldn’t find an Alexander Pope version, sorry.

quadruple note: I figured I’d throw this one out on the weekend because nobody ever comments of this video stuff anyway.

quintuple note: If  Tom Waits, Joey Ramone, and Alexander Pope were in the same room; I’m sure I’d be dreaming.

sextuple note: I’m getting all melancholugubrious.

I listen to songs while driving from here to there and over there sometimes. I usually change them up semi-non-regularly and I realized today that … “Hey! I wonder if some of my now favorite songs actually have videos to them“.

So here are the official videos/live performances/someone’s video with the song put together for a  few songs that I think have clever lyrics … or just because I like them.

note: Bloodhound Gang, John Hiatt, Billy Bragg, Brendon Benson, and Jack Johnson are all welcome to play charity concerts on Planetross for … ever … or for charity … or some other good cause anytime.

double note: I’ve put on 2 entries tonight … the other one is more original, but less musical. Sometimes it goes like that: sometimes it doesn’t. Sometimes seems irregular sometimes … or always.

triple note: I would have included David Franj’s video for Oxygen, but there isn’t anything. Here is “God Only Knows” as a runner up:

Travelling from Melbourne to Perth straight involves an awful lot of driving.

When I did this 12 years ago, 3 out of the 4 people in the van took turns behind the wheel: the 4th was not to be trusted.

The only benefit as driver was that you were in control of the music.

I was looking forward to my first driving shift, as the van’s owner and his friend had played Deep Purple for 12 hours non-stop.

Once securely in the driver’s seat I examined the tape selection:

I should have saw that coming.

note: no one ever fell asleep driving.

I was just at the beginning of my musical journey: West Side Story soundtrack, Donny Osmond, The Partridge Family, Neil Diamond, Neil Sedaka, and The Jungle Book soundtrack were the albums I was allowed to play.

I eventually ventured into my brothers’ and sisters’ albums: The Beatles, Mott the Hoople, Bob Dylan, …

and then I discovered Elton John‘s “Goodbye Yellow Brick Road” album with the first swear word I ever heard in a song.

“Where you really kick the shit when the sun goes down”

Life was never the same again!

How did you lose your musical virginity?

note: you never forget your first.

I teach English in Japan: a lot of my students are children.

I have the following 5 toys/games sitting on my desk at work.

Which do you think is the most popular?  (cast your vote now: see below for grand prize)

2.   Easy Button: press the button and it says “That was easy”. Stepping on it is strictly forbidden!

3.   Assorted Wind-Up Toys: wind them up; they flip, spin, hop, crawl, chatter, or march across the table. No, you wind it the other way!

5.   Assorted Fruit and Vegetable Erasers: play “what’s missing?” or just be mesmerized by their amazingness. Some with detachable pieces. Please don’t put them in your mouth.

You have one week starting …….NOW!

note: in the event of a tie, winner will be chosen by names in a hat.

double note: Yes this is a shameless plug for my friend, but his music is great!

And just awarded Track of the Month on Fame Games for “She’s just like summer“! 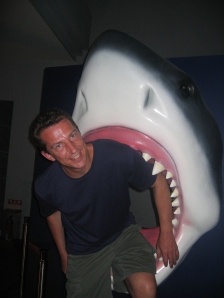 It’s a reliable beast, but cutting edge technology it ain’t.

Roll up windows, arm-strong steering, and no sounds or lights to let me know when a door is open or I’m not wearing a seatbelt.

It is also equipped with a cassette tape player.

I have about 50 cassettes, nothing more recent than 1998. I rock out to Def Leppard, Tom Petty, Neil Young, Spin Doctors, Eddie Money, …

My friends laugh at me, ask me if I watch video discs and play Atari 2600 as well.

Recently a friend loaned me an adapter that plugs into the tape player, so I can listen to my i-pod now.

What music is on my i-pod? 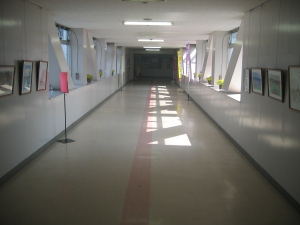 The local department store, where I live in Japan, has a car park. The 2 are connected by a 3rd floor walkway.

Once or twice a week I use this walkway.

They don’t play English music in the parkade or the department store, but there is always English music playing in this corridor.

It’s my own personal time tunnel: Jim Croce’s “Operator” lives; so does Carole King’s “So Far Away”, and The Archies’ “Sugar, Sugar”.

Out of the car, into Nazareth’s “Holiday” for 10 seconds, and then I pop-out into the department store.

It’s fun running the gauntlet; it reminds me of the local radio station I listened to as a kid. Same songs, but they were new or mildly dated then.

Maybe it’s channeling CKAY 1500 AM “Voice of the Cowichan Valley” ; but at least it’s not channeling the Birthday Line crap.

I never did win a birthday cake from that program.

I think that every person has a “musical window”: a time period when they absorbed and solidified their musical preferences.

I was hyper-sensitive and a musical sponge between 1977 and 1985. There are not too many main stream songs that I don’t know from that time period: Punk, Rock, Heavy Metal, Pop, and Indie.

I like the older stuff, but it wasn’t my time: The Beatles, The Doors, The Beach Boys, most of Led Zeppelin’s discography, 50’s and 60’s pop music.

I have visited a few nursing homes on occasion and they usually play easy listening from the 40’s and 50’s.

I’m sure in a few years they will be playing The Beatles, The Hollies, Neil Diamond, and Barbara Streisand.

What will I be listening too?

Will I be listening to The Police, The Cars, ZZ Top, AC DC, Billy Idol, and The Stray Cats?