Tag Archives: if you found this entry by punching in “looking for a cult to join” … get a life 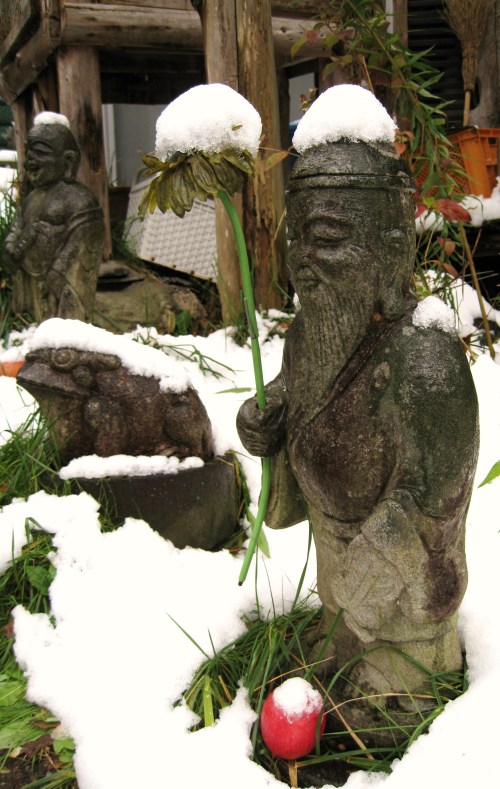 It’s not a crazy one or anything.

It probably falls somewhere between dog breeding and bowling on the culto-meter, but there are no dogs or breeding or funny shoes involved.

We are the first line of defense against alien invaders! 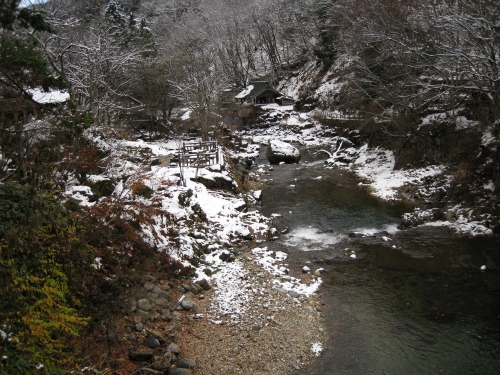 Basically the members sit naked in outdoor hot spring fed pools up in the mountains as bait: waiting for the eventual invasion of aliens that I’m sure will happen sometime soon, but hopefully while I’m not there.

The master plan is to offer delicious human soup to alien invaders before they decide to go destroying all those important places where all the most important people are doing amazing things to make life better for all mankind: talk show audiences.

I think they might blow up the White House and other crap too as secondary targets … or just for fun because they’ve watched all those crappy movies. 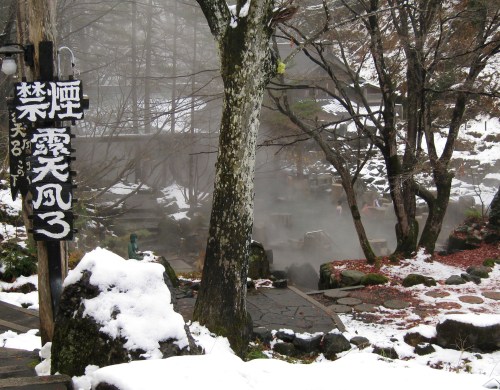 While the aliens are hovering over these pools, dipping their big spoons in to the human soup, and possibly arguing over whether to add crackers or not; great minds will be figuring out the most effective way to defeat the aliens.
I’m sure saltwater, yodelling music, and koala bears are high on the list of weapons to be tested. 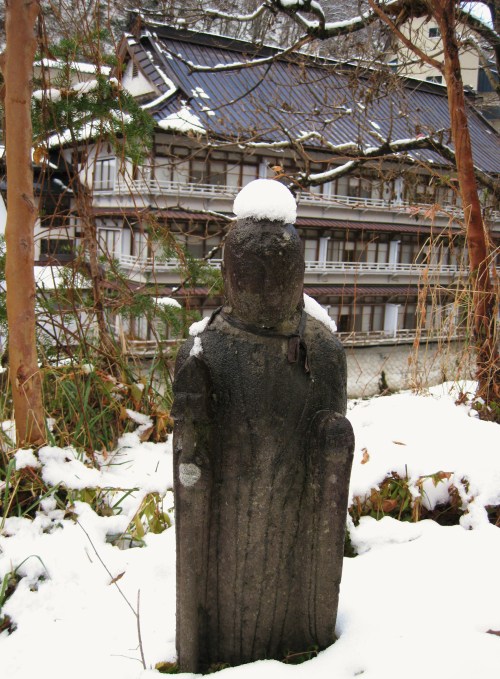 I usually fulfill my duty in one of the regional branch centers, but when I visited the main control compound … or Takaragawa Hotel and Onsen, as they prefer to be known because it’s very super top secret, I was very impressed.

There are a lot of interesting things that the average person probably passes off as memorabilia or antiques or something, but all the stuff has significance once you join the cult.

These things ward off aliens … and prospective mating partners, if you pull them out and get excited about them. 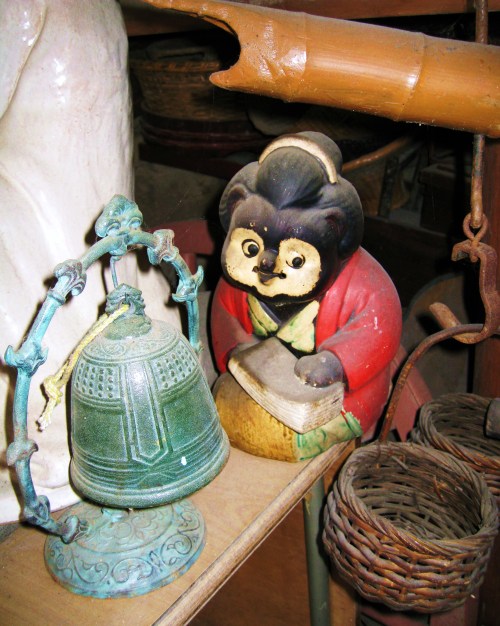 This bell sends an audible sound through something called “airwaves” to attract aliens to dine at the pool. 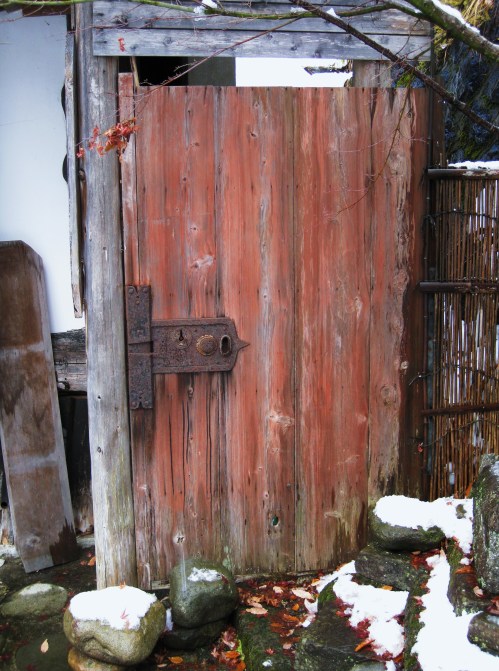 I haven’t reached a high enough level in the cult to find out what secrets lie behind this door, … but … I was tall enough to stand on the rocks in front to see that there wasn’t much back there except a bit of garbage.

There is no brainwashing involved, only a bit of body washing before entering the pools.

And if by some horrible coincidence the aliens do drop by while I’m bathing, I’m sure I will be so relaxed and mellow that I won’t really care what happens to me.

note: don’t ask other cult members in the pools if they think the aliens will come today: that’s a no-no.

Tagged adding crackers to soup, alien invasions, aliens, bathing naked, bells that make audible sounds!, blowing up the White House!, bowling, clamps, crappie movies, cults, cults don't accept talk show audience members, Curious George, dog breeding, drums, Gunma, Hotspring Pools, human soup, humor, hush hush, I just added koala bears because I couldn't think of anything else I've seen in a movie before, if you found this entry by punching in "looking for a cult to join" ... get a life, Japan, koala bears, looking for extra hits by using the tag "blowing up the White House", Minakami, onsens, recycling, saltwater, Takaragawa Onsen, teddy bears, top secret, up in the mountains pretending to be soup, what's behind the door?, working with the government for an alien free future, yodelling