Tag Archives: having a big propane in the ass might be financially beneficial 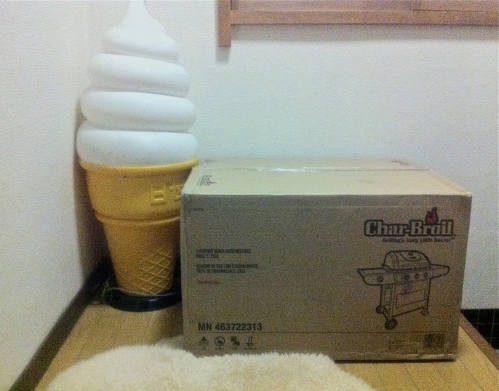 note: propane BBQs are not sold in Japan … as far as I know, except on American Armed Forces Bases.
I rarely say it … and never during hockey games, but “God Bless the U.S.A.“

double note: I can count on 3 fingers how many propane BBQs are in this city of 50,000 people: 2 at my place and one over at Mr. Pettit‘s.

what I’m listening to now #39: Ben Folds “Rockin’ The Suburbs” … because there’s a BBQ in the video … and I like the song.

Tagged barbecues, BBQs, God Bless the U.S.A., having a big propane in the ass might be financially beneficial, school assembly, some assembly required