Tom Waits: American singer/songwriter, composer, and actor (1949-Now). After buying “Frank’s Wild Years” by mistake, it took me a few years to actually start liking his music. I’ve never looked back and have most of his stuff somewhere. I don’t buy CDs anymore, except for Tom Waits’. Definitely an acquired taste, his music has a feeling like no other and lyrics to die for.

“You have a nasty habit of surviving Mr. Bond.”

It was always an event to see the new Bond movie, with my mother no less. I think she liked Sean Connery the best. 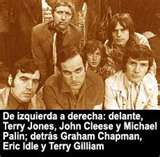 Most of my childhood money went to buying Mad with Alfred E. Neuman the “What, me worry?” kid on the cover.

`Twas brillig, and the slithy toves
Did gyre and gimble in the wabe:
All mimsy were the borogoves,
And the mome raths outgrabe.
“Beware the Jabberwock, my son!
The jaws that bite, the claws that catch!
Beware the Jubjub bird, and shun
The frumious Bandersnatch!”

He took his vorpal sword in hand:
Long time the manxome foe he sought —
So rested he by the Tumtum tree,
And stood awhile in thought.

And, as in uffish thought he stood,
The Jabberwock, with eyes of flame,
Came whiffling through the tulgey wood,
And burbled as it came!

One, two! One, two! And through and through
The vorpal blade went snicker-snack!
He left it dead, and with its head
He went galumphing back.

“And, has thou slain the Jabberwock?
Come to my arms, my beamish boy!
O frabjous day! Callooh! Callay!’
He chortled in his joy.

`Twas brillig, and the slithy toves
Did gyre and gimble in the wabe;
All mimsy were the borogoves,
And the mome raths outgrabe.

Rankin and Bass:  Arthur Rankin, Jr. and Jules Bass creators of classic Animated TV Specials: Rudolph the Red-Nosed Reindeer, Frosty the Snowman, Santa Claus is Coming to Town, The Year Without a Santa Claus, and The Little Drummer Boy to name a few.

Thank you for providing me with special moments in my childhood (an adulthood).

Thank you for all the great characters.

Trio: formed in a small German town in 1979 By far the band is most noted for the song “Da da da, ich lieb dich nicht du liebst mich nicht aha aha aha” (or simply “Da Da Da“), or its English version “Da Da Da I Don’t Love You, You Don’t Love Me Aha Aha Aha”, which was a hit in about 30 countries worldwide.

I met him when I was 10 years old. He came to my family’s house after giving a speech at my sister’s 7th grade graduation ceremony (if I remember correctly). I guess his “A Good Day to Die” speech is most quoted, but he had great lines in all his movies. His book My Heart Soars is great as well.

A Good Day To Die

Come out and fight. It is a good day to die.

Thank you for making me a human being.

Thank you for helping me to become a warrior.

Thank you for my victories and for my defeats.

Thank you for my visions and the blindness in which I saw further.

You make all things and direct them in their ways oh grandfather.

And now you have decided that human beings will soon walk a road that leads nowhere.

I am going to die now, unless death wants to fight.

And I ask you for the last time, to grant me my old power to make things happen.

Am I still in this world?

I was afraid of that.

Who wants my jellyfish?
I’m not sellyfish!

Mel Brooks: American Movie Maker (1926- Now ). My favorites are Blazing Saddles and Young Frankenstein, but there are a lot of others and Get Smart too! Paul Newman: American Actor (1925 – 2008)  The coolest guy in films. Butch Cassidy and the Sundance Kid, Slap Shot, The Sting, The Hustler, Road to Perdition are all classics. My favourite is Cool Hand Luke: “No one can eat 50 eggs” and him singing Plastic Jesus puts this film one notch above Slap Shot.