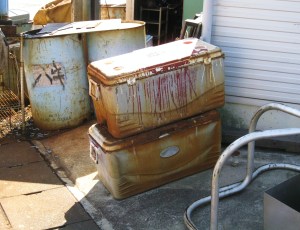 Do you have secrets?

I have a few, but nothing that will send me to jail … or will repel friends too much.

I want to know other people’s secrets, but I don’t want to share mine.

I’m secreting, but am interested in other people’s secretions … except for gob and puke and stuff.

secret note: I wrote this post while 3 or 4 sheets to the wind … whatever that means. … I don’t know how far the wind is away from me.

secret double note: if you don’t get the things I write, the things you find while hovering over the photos, the notes, or the tags … it’s not a problem. I just do those things because I like to do them … and some things don’t make sense anyway.

morning after note: I had every intention of deleting this post this morning, but I’ll leave it up … and go find some aspirin now.

Today was not as good as tonight: there was a Canuck’s game … and they won again.
(I’m a Canucks ice hockey fan, but that’s a secret.)