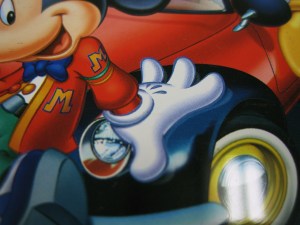 If humans only had 4 digits on their hands and feet,

– metric would be just as confusing as the imperial system.
– nail polish would last longer.
– no one would be giving anyone the middle finger.

-sign language might have less words.
-ape hands would look so weird.
-base 8 would be pretty standard.

-cartoon characters would probably only have 3 fingers.
-Agatha Christie may have written “8 Little Indians“.
– one of those little piggies either would not be going to market or not going wee wee wee all the way home.

double note: having your finger cut off in the Yakuza would probably mean more too!

5 responses to “Fingers And Toes”