While sitting in the outdoor hotspring pool during a lightning storm, I was mesmerized by all the bugs flying into the nearby electric bug zapper.

I felt sorry for the bugs for being so stupid

… and for not being able to wear a metal hat like mine.

double note: a lecture on the dangers of lightning would probably just go in one ear and out the other … or through my skull and out the soles of my feet.

If I Die Wearing An ipod #2

If I die wearing an ipod, I hope I don’t fall into water … because those things aren’t waterproof.

If It Ain’t Broke, Don’t Fix It

I’m starting to think that funny old people
… were once funny young people. 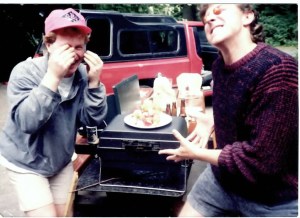 triple note: I don’t know what I’ll be sticking in my eyes in 2020, but I’m sure it will be really funny … like always.

quadruple note: these photos are like wrinkles … the older I get, the more of them I seem to have.

If I Die Wearing An ipod #1

If I die wearing an ipod, I hope Cher‘s Half-Breed isn’t playing when someone is removing the headphones … because I usually skip that song. 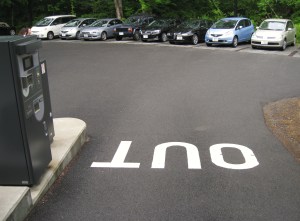 If you come to Japan, this sign means “OUT” at parking lots.

note: I can’t read the writing on the wall, but pavement usually poses few problems.

double note: whenever I see words written on the road … I always think of all those poor letters whose parachutes didn’t open.

triple note: I was going to call this one “Upside Down Syndrome” … but thought it might be misconstrued or inappropriate … or some other word that has “mis” or “in” in front of it … or misinterpreted … or something like that. 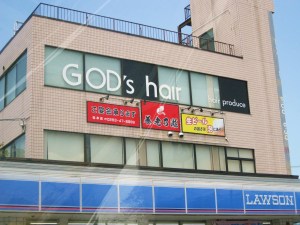 I’m not good at explaining where things are.

I’m much better at explaining where things were.

“It was right next to where the old police station used to be … before they moved to a new building beside where that 7-11 was before it burnt down.”

double note: “Does God have blonde, brown, black, or red hair?”  That is my Sunday school question of the week.

Today is going to be like an ice cream cone … gone before I know it. 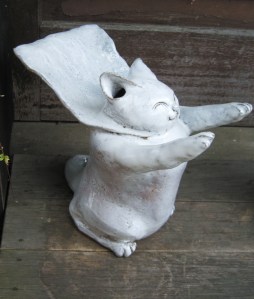 … then you’re definitely not going to like “jumbo mumbo”!

note: speaking in tongues would be cool … I could light cigarettes off of my head!

double note: I’d rather be an “over underachiever” than an “under overachiever“.

triple note: what the heck is a “chiever” anyway? If it was a good thing, then it would be in the cherry pit rhyme: “tinker, tailor, soldier, sailor, rich man, poor man, beggar man, thief, and chiever”

Today was like pulling teeth … someone else’s teeth that I don’t like.
(a person I don’t like … I don’t know their teeth well enough to form an opinion either way)

Walking to your own special beat is fine.

Walking to your own special beet is only for farmers, weirdos  … and maybe people who can’t spell well.

note: sometimes being normal is the best way to go … because really … who brushes their teeth with a spoon?

double note: being named Norm Al Jones isn’t very original … or is it?

Today the eggs scrambled … there must have been a warning about an air strike.

Please Return To Your Seats

One of my students said that he had a blue ball pen.

That made me laugh … and think it was time to get back on here again.

double note: I’ve sent out the first lot of books to people who wanted them. If you are on my blogroll and would like one, I will gladly send you one or two. Let me know: hey_ross@hotmail.com

triple note: I may be sporadic for a while, so I may have a bear with me.

I find myself threadbare and all elbowpatchy.

Please enjoy other people’s popcorn until I find my own again.

note: I’ll still be around, but not so circley … I guess.

double note: humming the theme song to Lawrence of Arabia may help. 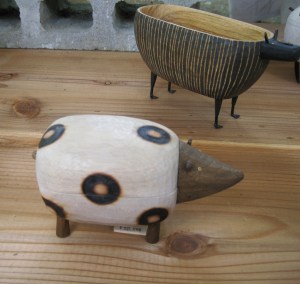 Your belly button is really an afterbirthmark.

note: a belly button is a navelty of sorts.

double note: why do people put so many belly buttons on snowmen?

triple note: people born without any birthmarks must get marked up later I guess.

note: clouds are like babies … they are okay when they are small.

Today was a vasectomy: very unproductive on purpose.