“There is no finish line to life.”

note: Bugs rage against the lights and die.
… I guess that’s what Dylan Thomas was talking about in that poem.

double note: it’s all just a big “apple on a spoon race” at the end of the day: some people just have smaller apples and bigger spoons for some reason.

triple note: I could have gotten kicked out of Eden a lot faster than Adam: I like wearing shorts.

quadruple note: I’m off to Nagoya for “work”. I’ll be back on Sunday. Have a good end of week/weekend.

quintuple note: thanks for all the comments on the earlier posts. I will reply … just not now.

sextuple note: this one is kind of dark now that I look at it in the light.

I’ve got nothing to tell you: you’ll figure it out. 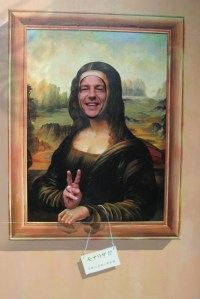 I really surprise myself sometimes

How did I get in there?

note: mirrors are for people without good friends.

double note: I knew there would be a 2nd chance at this photo: https://planetross.wordpress.com/2009/02/16/mona-lisa/

You are an idiot … but usually amusing … or at least you think that.

Tagged humor, mirrors, Mona Lisa, no good friends, you are and idiot

When I’m Sick, I Sometimes Go To …

Mr. Pettit  and myself attended this 50’s party a few nights ago.  Walking into it was like walking into the Twilight Zone: greasers, fancy suits with two toned shoes, poodle dresses, bowling shirts, big hair, … 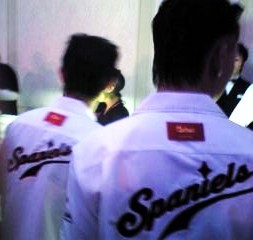 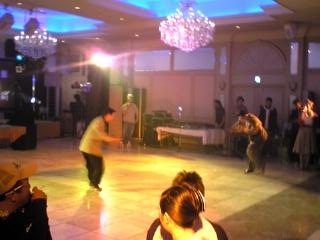 200 odd people … but not odd really … just a subculture of 50’s Rock ‘N Roll  officianados alive and well in the back of beyond Japan having a good time. 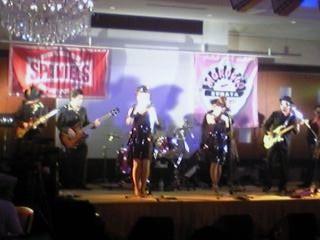 When I start to think about, it’s not really so strange: good music, good dancing, and fun.

As we were the only foreigners in attendance, I thought it was bizarre.
After thinking about it, it seemed pretty normal.
I wasn’t dancing  in the 50’s … and neither were most of these people. They just like the music and so do I.

Four bands played the classics and some songs that were great but just hadn’t made it through the filtered version of the 50’s that I grew up with.

I’ll be going to the next one … and I’m sure I won’t have to twist Mr. Pettit‘s arm too hard to come with me.

note: my version of the 50’s comes mostly from “American Graffiti” and “Happy Days” sadly. I was born too late … but I’d probably be really old if I was.

double note: I ended up dancing with an 81 year old woman for most of the night. She is a former #1 dancer in Japan … so I was honored.

triple note: sorry all the photos are crap: I left my camera at home and took these images with the phone camera.

quadruple note: I thought there were going to be 5 bands … until I realized that “gest” meant “guests“.

You know those dance moves you do at 13 years old?
They will last you a lifetime. 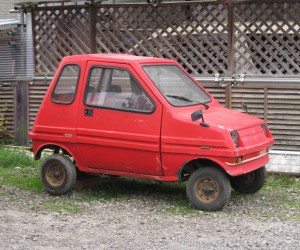 If this thing hit me while I was walking across the street,

… I’d be mildly upset and may backhand it into the curb … or eat one of its tires … if I was hungry.

note: what makes a car a car?

double note: as I opened my refrigerator door I realized that I must have been very drunk driving home last night.

triple note: “Sorry,  no room for a family.”

Up until 44 you only own 4 different vehicles. The first one is the newest … so you better enjoy it. 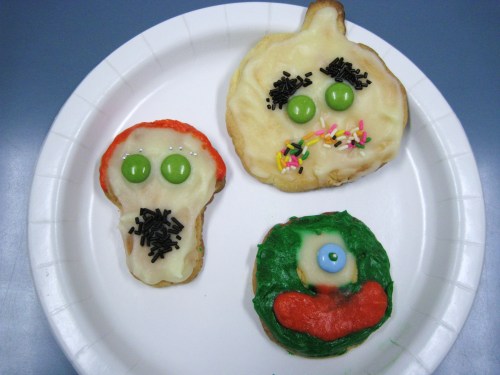 I don’t understand the basic principles behind most things in this world.

Electronics, mechanics, computers, algebra, physics, etc        … I have no idea.

If I went back in time, I wouldn’t have too much useful information to impart.

I’m not a toolmaker.

I do understand the basic principles behind making a cookie.

I’d like to think that would count for something … maybe a tribal elder’s daughter … or a little respect at least.

note: I’ve been making cookies at work for the last week. What have you been doing?

double note: the cookie in the bottom corner of that round plate is supposed to be Mike Wazowski from Monsters, Inc.

triple note: I’m off for a 3 day “business trip” to Nagoya on Thursday, so there might be a bunch of entries coming on as I clean out the doodads and dribs and drabs piling up around here.

Everything you need to know, you learn from both of your parents … whether you are paying attention or not.
(quite a scary thought really)

It would almost be worth it to work at a movie theatre for the cardboard display stuff you could get for free.

note: the “cardboard cut out charity” needs your support.

triple note: planetross wants this cardboard display bad. I think after November 3rd it could be gracing my front entrance!

quadruple note: this is Nozomi Ohashi, the little girl who sings the theme song for “Ponyo“. I think everyone in Japan knows it. It’s quite catchy actually … like the flu!

Your brothers and sisters are going to call you “Walter” when you get the mumps. They will probably stop calling you that if you don’t get so mad about it.
… same goes for “Eggward“. 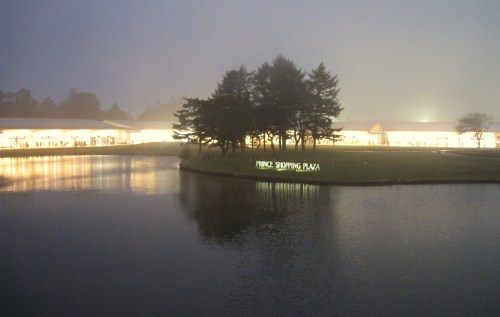 My mind is really scattered.

I must be paying attention to stay away.

note: I need to adjust my autofocus a bit better.

double note: if I’ve put any weird comments on your blogs, it’s because I’m out of allsorts still.

The “Mickey Rat” t-shirt you order by mail never arrives. … but you do find one in a shop when you’re 35. 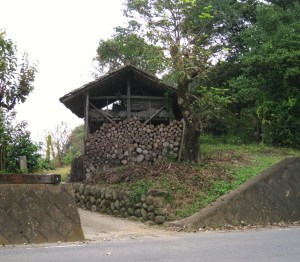 … maybe I should have said “more”.

double note: there is no love in the “neither regions“.

quadruple note: I bet if you dropped a water balloon on Earth from the moon nobody would see that coming.

quintuple note: is there an “otherworld wide web” in operation somewhere? … or haven’t they invented computers and stuff there yet?

When you go to Disneyland at 8 years old, don’t be so gullible on the African Safari ride.

I listen to songs while driving from here to there and over there sometimes. I usually change them up semi-non-regularly and I realized today that … “Hey! I wonder if some of my now favorite songs actually have videos to them“.

So here are the official videos/live performances/someone’s video with the song put together for a  few songs that I think have clever lyrics … or just because I like them.

note: Bloodhound Gang, John Hiatt, Billy Bragg, Brendon Benson, and Jack Johnson are all welcome to play charity concerts on Planetross for … ever … or for charity … or some other good cause anytime.

double note: I’ve put on 2 entries tonight … the other one is more original, but less musical. Sometimes it goes like that: sometimes it doesn’t. Sometimes seems irregular sometimes … or always.

triple note: I would have included David Franj’s video for Oxygen, but there isn’t anything. Here is “God Only Knows” as a runner up: 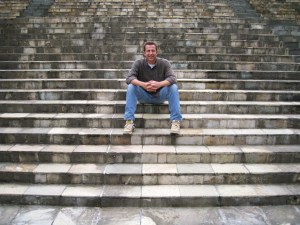 We are always told to try and live up to our full potential;

… but what does potential have to live up to?

double note: if I reached my full potential, I’d probably be the ruler of the known universe … or disappointed … or something.

triple note: “impotential” sounds like something I don’t want to reach for.

quadruple note: I’m sure if we all reached our full potential there would be another hoop appearing ready to be jumped through.

KISS eventually take off their make up! … and then they put it back on a lot later … but it’s still really cool!  You eventually go to one of their concerts too!
I won’t say when … it’s a surprise.