Somewhere in the American Unorganized Territory 1850

The dog days of winter.
It was so cold I had to start a fire to warm up my wood before I could start a fire.
I was sitting at my kitchen table drinking coffee from my only cup; I’d heard having more than one cup would keep me awake at night. Being awake in the daytime was bad enough these days.

Looking out the window I saw a figure coming out of the horizon vertically.
It was Rankin Order walking in the snow away from the distance toward the cabin. He must have burnt all his britches cause he was in his underwear.

I’d recognize him in any wear anywhere.

He was tough as snails and as cruel as a cucumber. He was rough like a sanded table top with sand on it. He was as hard as a soft boiled egg cooked for too long. If he hit you, you’d squeal like a stuffed pig and probably run around like a cow with its head cut off.
I’m sure walking a smile in his boots would produce a frown or a sneer as I can tell.

He was Rankin to most, but to those close to him, he was just Rank.

He’d always been Rank to me; I was his brother.

As he came closer to the cabin, he called “Justin! You in there?”

I answered “no“, but that didn’t fool him.

When I opened the door I asked, “What happened to you?”

“Got ambushed” was his reply.

“By who?” tumbled out of my mouth.

This may sound strange, but I didn’t disbelieve him for a second.

In my dreams  I visit a world of violent earthquakes that are followed by amazing snowfalls.

note: photo taken in one of the DisneySea sections.

triple note: “My Most Newest New Experiment” has just started. It’s up there in the header along with the other ones.
I’ve actually started 2 new experiments, but I’ll hold off on the other one for a while: I don’t want to get Tony  too excited.

I’m a hunter and gatherer of wool.

double note: How old do you have to be before you can’t say what you want to be when you grow up?

triple note: I know “Cyclops” isn’t politically correct, but “one eyed monster” is misinterpreted as something else these days.

quadruple note: Can you be misquoted if you speak sign language?

sextuple note: watching kids coloring something is better than …

septuple note: I may have put on 4 entries tonight … if you are in to that sort of thing.

Looking On A Less Than Darker Side

double note: I wish my side mirror would break so I wouldn’t have to look at it though.

triple note: looking back while driving forward is like reviewing stuff from a different angle.

quadruple note: “I’ve been there! I know what I saw!”

Tagged $50, asides about mirrors, been there done that, broken stuff that I will live with, handle's messiah doesn't care, humor, imagination is free, It's my world and I'll think what I want ... if it makes me feel better, my van, side mirrors, transformers 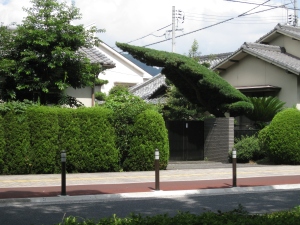 I think all males pay for sex at some time in their life.

It’s perfectly natural and I don’t see why some people think this is such a horrible thing.

Personally I pay for sex regularly: sometimes 10 to 20 times a day.

note: if praying is bad, then I’ll just wish.

I’m going to paint my house with a paintball gun

washing the van with a water pistol.

But first I have to wait until I’m finished flipping these pancakes with the slingshot.

note: My friend always wins at paintball … he uses clear paintballs with stealth technology. I don’t even know when I’m hit! … he just tells me. He’s pretty good at poker too; I don’t know half the rules he does!

triple note: a water Gatling gun would probably just be a hose.

quadruple note: Singapore Slingshots would be a great drink!

sextuple note: I had  third degree Indian burns for most of my childhood.

nontuple note: Do you remember “Conkers“? It sucks in Japan … they actually eat chestnuts.

decuple note: I can make a game out of anything as long as you’re not big on rules: I’m unruly!

Eternal Ecstasy … is a pretty big pill to swallow.

note: eternal anything must have an after taste in it somewhere.

double note: if you are eaten by a Raptor, does that classify as rapture?

triple note: “my ex Stacy was intense … but there was no joy”

quadruple note: I don’t know anyone called Stacy, I just made that up. … but if she’s got a Mom, I bet she’s got it going on!

quintuple  note: the thing in the photo is just across from the other thing with the long snout I put on here.

A Lifetime of Doodling 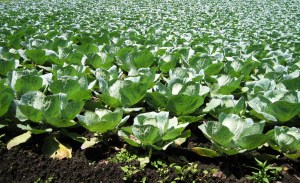 Someone has been doodling on my “Tabula rasa“!

note: I know if “nature” calls I will answer, but if “nurture” calls tell them I’m busy.

double note: “blank rastas” are everywhere!
They should “dread Locke“!

triple note: I think all people are innately and inherently people when they are born. I could be wrong; I was told since birth I usually am.
hee hee!

In my dreams  I can fly!

… but when I try to land anywhere something always tries to swat me.

note: photo taken in one of the DisneySea sections. 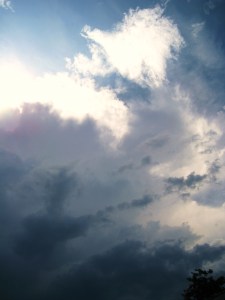 On Sunday I was Icarus: I flew toward the sun and ended up in the ocean.

Actually, I escaped the cloudy skies of home and found a sunny day 2 hours away at the beach; but it sounds so much better when I throw in that Greek Mythology stuff.

… I think I have a Minotaur imprisoned between the screens and windows in the livingroom too!

note: I live on the wrong side of the clouds some days.

double note: Daedalus should have made some wax parachutes to go with those wax wings.

triple note: I’m working on a little video, so I may not be around too much this week.