There is something about ghost towns that I like.

They are failures in the longevity department, but somehow that’s part of their appeal. Visiting a ghost town is like seeing someone wearing a California Golden Seals hockey jersey: it’s sad and cool at the same time. 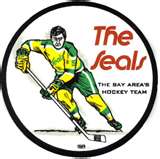 Whatever first attracted people to an area dried up, ran out, disappeared, or failed. The people moved on like Nomads or Bedouins, but they couldn’t take their permanent tents with them.

Drive-In movie theatres remind me of ghost towns. Something from the past that left visible remains on the landscape. Just a big area with a falling down screen; a few hundred metal posts sticking out of the ground at regular intervals; and a dilapitated building in the middle, that used to sell tubs of popcorn and housed the projector.

It looks like the Drive-In movie people forgot to take their tent poles with them.

note: I’m off on holidays. I’ll be back on May 4th. If you break into my house, can you water my plants for me.

In April, it’s cherry blossom viewing. Everyone and their dog go and sit on blue tarps under cherry trees and drink heavily. I do it too, but I usually watch the women who are watching the trees.

Tour buses haul people around the countryside in April and October. It’s a big business.

I like both these times of year, but I’m more of a root person. My sister is too.

When we have travelled together, we point out interesting roots to each other, take photos, and have little discussions over the merits of our discoveries. We know a good root when we see it.

Trees have their seasons, but roots are all year round fun.

I’m amazed at how many single shoes I see lying on the sides of the road.

Usually they are running shoes. I haven’t seen any pumps, gumboots or sandals.

My first thought is usually that someone must have been hit by a car, but I don’t think there are that many people getting hit by cars. And the police would probably pick up any shoes as evidence anyway.

Are people throwing shoes out of their car windows?

In Australia myself and a few others were in a National Park following a river that cut through a canyon. We walked beside the river where we could and swam certain sections where we couldn’t walk.

We found a sandal on a rock, and about 30 minutes later we found its partner. My friend picked up both and wore them for the rest of his Australia trip. He probably still has them. They were nice sandals.

We called them his Dead Man Sandals.

Supposedly somewhere in Africa an Aid Agency was distributing clothing and shoes. The local people wore the clothes, but they didn’t wear the shoes.

They thought the shoes must have been from dead people, as no one would just give away such nice shoes.

What’s with some people?

I parked my van in an isolated spot in the parking lot so it wouldn’t get scratched, and some loser parks right next to me.

He or she could have parked anywhere, but no…….  they chose to be jerks and picked the spot next to me.

Look how close they parked!

They are even over the designated parking lines!

Those lines are there for a reason: they are not guidelines you can just ignore.

I spent a lot of time making my van look good:

detailing: spraying the rust on my rear bumper with rust protectant, emptying ashtray, and putting on a classy bumpersticker. 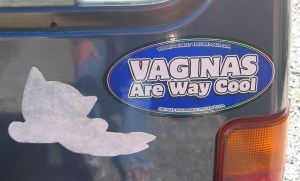 Yes, that’s the remnants of another classy bumpersticker: Astroboy

When I saw this after returning from making important purchases involving canned ready-to-eat products, I can assure you I examined my van closely for scratches. There were lots of scratches, but none with yellow paint. (that car’s yellow paint at least)

I was lucky this time. 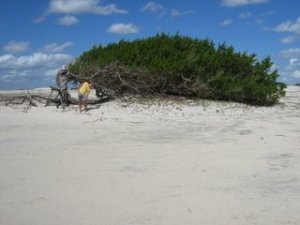 Being caucasian, single, and not having much to do with babies; I didn’t know about this until I came to Japan.

Mongolian Blue Spots are flat birthmarks with wavy borders and irregular shapes, common among people of Asian, East Indian, African, and Latino heritage. Bluish gray to deep brown to black skin markings, they often appear on the base of the spine, on the buttocks and back and even sometimes on the ankles or wrists.

A friend of mine worked in a Daycare/English playtime centre for a year, and as part of his job he accompanied/assisted children using the bathroom.

He casually mentioned this phenomenon to me one day, to which I told him he was pulling my leg and I wasn’t that gullible.

He insisted it was true, and I kept a doubtful expression on my face until I could check the internet.

Why couldn’t I have some cool birthmark like that?

I just have a regular white ass.

note to self:  buy some pool chalk.

Thirteen is the traditional superstitious number.

I haven’t met anyone who is really bothered by it though. Where are all these people who have messed up my elevator rides, floor counting, and hotel room location skills?  Is it only architects who are superstitious?

Does anyone anymore anywhere get freaked out by 13?

If this superstition was on Myth Busters, this one would be BUSTED!

In Japan, the superstitious number is 4 : it has the same sound as the word for “death”.

Same thing though. It’s everywhere but in buildings.

I guess the number 13  must be architects’ superstitious number only.

note: if there is no 13th floor in buildings because it’s unlucky, why aren’t there two lucky 7th floors?

No one was paying any attention, so I stabbed it.

I didn’t quite get the penetration I wanted the first time.

I lined it up  and stabbed it again: metal through skin.

The little bugger never saw it coming. It didn’t have a chance.

Just sitting there innocently one minute, and then impaled the next.

It didn’t scream or wriggle. It just accepted its fate.

I don’t think I did anything wrong.

I can’t get into trouble for this.

I’m going to do it again.

I am woefully ignorant when it comes to playing musical instruments.

It’s like algebra all over again. I don’t get it; I probably never will.

I remember brutalizing the recorder they gave me to play at school. I was downgraded to the tambourine, then the triangle, and finally bottomed out as the wooden stick clacker person.

I love listening to music, singing badly to it, and watching live concerts. I have even worn a Ramones t-shirt prouldly at one time in my life.

My closest friend is a musician; I think what he does is mysterious and magical.

I unintentionally phase out when he starts trying to explain chords, notes, and other music related things to me: not out of disinterest, but out of confusion.

I don’t get it; probably never will.

note: if knee slapping or steering wheel tapping become popular, I’ll be able to redeem myself.

There are some pretty famous walls in the world: The Great Wall of China, The Wailing Wall, The Berlin Wall, Hadrian’s Wall, even Pink Floyd’s “The Wall”.

The wall at Kilmainham Gaol, where authorities shot members of the 1916 Uprising, in Dublin is pretty famous too!  (and you can fit in a Guiness tour on the same day, if you are well organized)

There’s a wall on Isabella Island in the Galapagos Islands. It’s not globally famous, but it’s historically interesting. Built by convicts: they had to complete so many meters a day. At first it mustn’t have been too difficult; lots of stones nearby. But everyday the prisoners had to go further and further away to collect enough stones to extend the wall by the days required number of meters.

That must have been a bitch!

It’s usually what’s inside them that is well known: Area 51 in New Mexico and a few refugee centers in Australia are the only ones I can think of. Fences in the English countryside are a little interesting; they have little steps to get over them, when you are hiking around. Don’t worry the sheep though: that’s a big no-no.

In the animal world, I think fences are more famous than walls: more infamous at least. There are probably a lot of animals, all over the world, grumbling about fences right now.

I’d wager that in the Animal World, Pink Floyd’s “Animals” album is a far better seller than “The Wall” too. 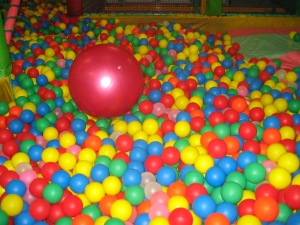 Are the Olympics the biggest private club in the world, or what?

It’s suppose to be a world sporting event, but most of the world’s popular sports are excluded. By popular I mean, watched on TV or have a fanbase of more than 100 people outside of the participants.

I guess the speedwalkers and pole vaulters lobby strongly against letting in popular sports.

Who cares how many medals are given out; or that one country wins every medal in one event because they are the only country who play that sport.

It would have to be better than it is now.

note: I’m just mad because there is no “individual” synchronized swimming event.